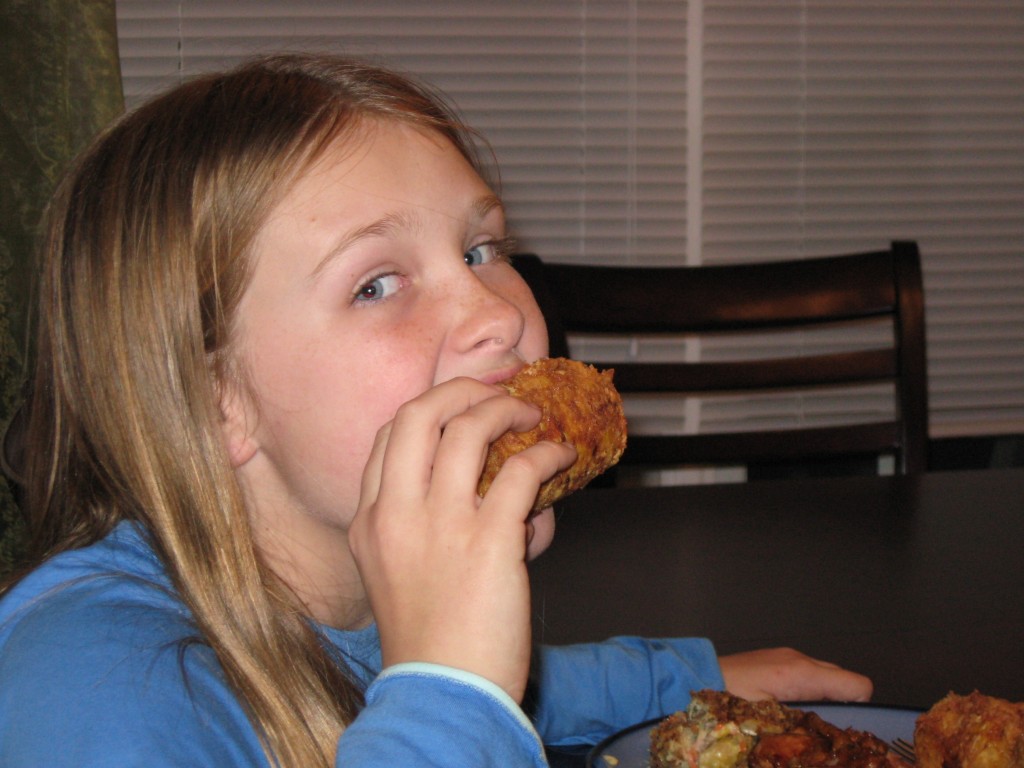 Okay, so these pictures are a few years old. Taylor, the sweet little girl in the photo, will be starting high school in the fall. Still, this is a marvelous recipe and it could use some attention.

I grew up in Wilson, North Carolina. Besides being the “World’s Greatest Tobacco Market,” Wilson is the home of the best barbeque and fried chicken on the planet! My first stop off of I-95 when I go home is Parker’s Barbeque for a piping hot piece of fried chicken and a few fried cornsticks dipped in Brunswick stew.

I only fry food a couple of times a year even though I was raised in a world where anything and everything could be, was and still is — FRIED. Quince Bistro, an upscale restaurant in Wilson serves a delicious fried pecan pie that I absolutely love. And, no visit home would be complete without a trip to O’Cool’s for 50 fried chicken wings. So, when I was invited to try fried corn on the cob, I knew it would be delish!

I had my first Fried Corn on the Cob experience in November 2009. Just like everything else fried in Wilson, it was fabulous. Lucky for me, my friends are always willing to teach me something new. You’re going to love it! 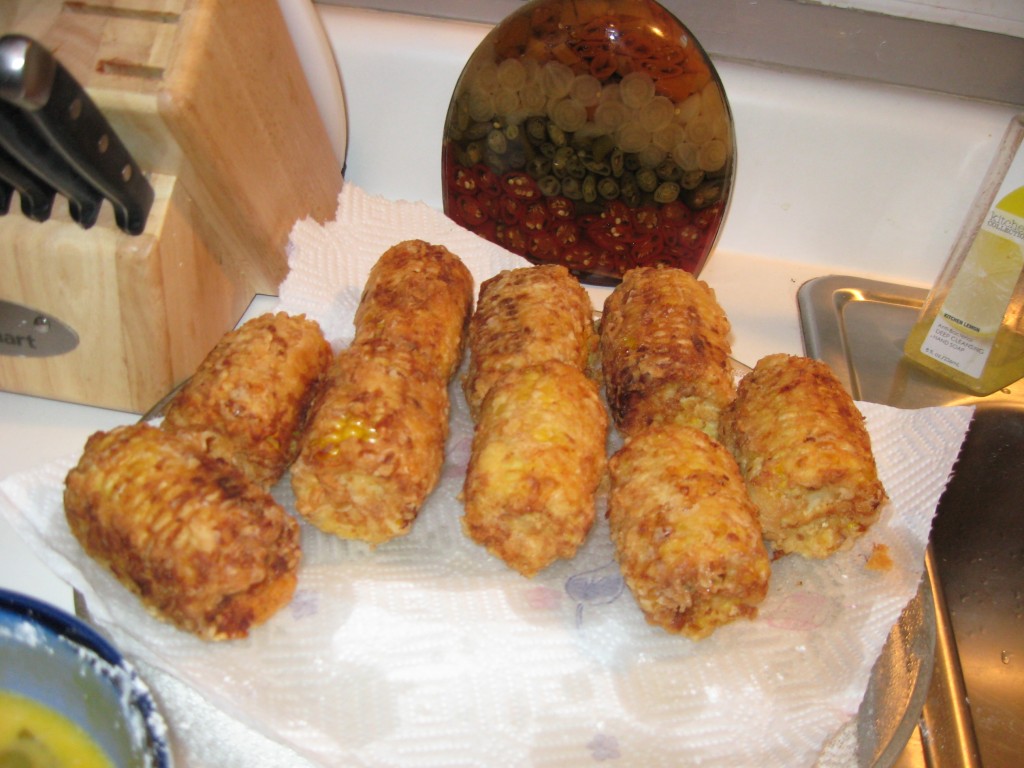 6 ears corn, cut in half (fresh or frozen)

If using fresh corn, remove husks and silk. If using frozen corn, thaw in refrigerator and pat dry with paper towels. Combine milk and egg in a shallow dish; mix well. Place flour in another shallow dish; season with salt and pepper. Dip each piece of corn into milk/egg mixture then roll in seasoned flour. Shake off any excess flour. In a large skillet or deep fryer, heat oil to 350 degrees. Add corn to hot oil, a few pieces at a time, and fry until golden brown (approximately 3 minutes on each side). Drain hot corn on paper towels before serving. Serves 6. 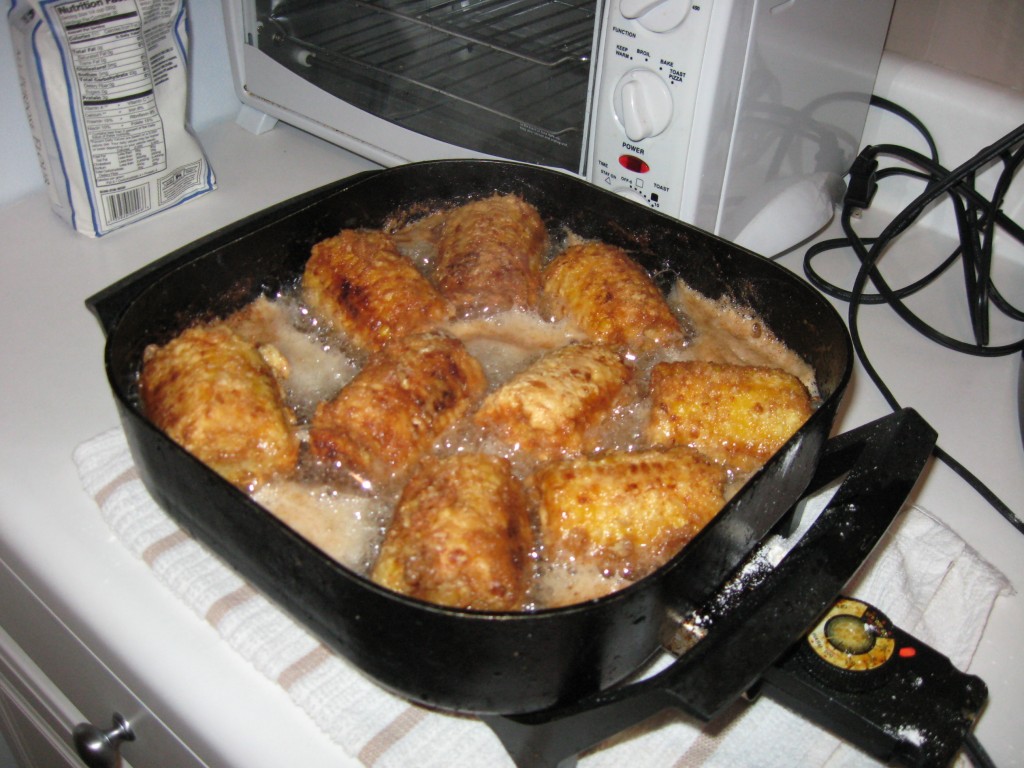 Debbi Covington is a chef, caterer, cookbook author and food columnist from Beaufort, SC. She has written two cookbooks, Celebrate Everything! and Dining Under the Carolina Moon. Debbi writes the food column “Everyday Gourmet” in Beaufort’s Lowcountry Weekly newspaper and is a partner/food columnist with DIY Wedding Magazine. Debbi has been featured as a “Master of Entertaining” in Southern Living magazine and her recipes have been published in multiple cookbooks including Southern Living’s Best Kept Secrets of the South’s Best Cooks and The Best of The Best of South Carolina. Her food has been photographed for Better Homes and Gardens Magazine. She has been voted “Best Caterer” in Beaufort, SC since 2010. Debbi has a passion for cuisine and delights in creating seasonal and locally inspired menus.